SUKKUR, Aug 2 (APP): Renowned film and TV artist Mehwish Hayat on Thursday night surprised visit to the Sukkur Municipal Hockey Stadium to witness the ongoing matches of the Hockey Championship. The showbiz star arrived at the stadium with her brother to give a pleasant surprise to people, players and the tournament officials there.

Mehwish was welcomed by hockey players and district sports officer at the stadium. She also met the players and participating in the tournament, asking if they needed any support.

Later, talking to media, she further said that we are too much focused on cricket. Hockey needs our focus as well. She also urged the government to take drastic steps to revive hockey in Pakistan. She further said that mainstream media and social media attention is very important to help any sports grow. 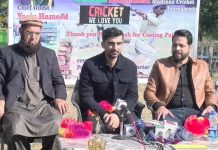 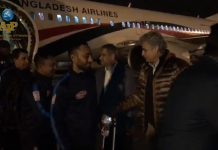 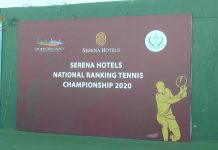