and Communication with Chinese mobile company Huawei on Monday launched an App “Baytee Prgramme” to disseminate information and create awareness among all age groups of women about education, health-care, legal issues and availability of required legal aid free of cost, and above all on their economic empowerment.

Sindh Governor Imran Ismail was the chief guest at the launching

this was the first App of its kind. It would prove to be very helpful to ensure the rights of female as per vision behind “Riasat-e-Madina”.  It would establish connectivity in private and public sector organizations providing important services to the female gender including women empowerment.

“This is a beautiful App and credit goes to Dr. Khalid Maqbool Siddiqui

for taking such initiatives as Minister of IT and Communication,” he remarked and addressed to Dr. Siddiqui as IT Minister because, what he argued, his resignation from the post was not accepted till date.  But, later on, to a question from media, Dr. Siddiqui clarified that he was no more Minister as he was very much clear and firm on his decision of the resignation.

socio-economic uplift of the society in urban and rural areas of the country, especially females,

play very important role in the development and prosperity of the country.

different sectors. They are on driving seats in many organizations wherever given space in this male dominated society,” he noted with pride.

Dr. Khalid Maqbool Siddiqui (Federal IT Minister submitting resignation) said all women are first daughters and that why the App is named as “Baytee Programme” to benefit all groups of women.

This is an initiative by the Federal Government which needs to be developed into a big programme/institution through massive support from the people in general.

“We all want new and better Pakistan. App is a step in this direction,” he said.

Dr. Siddiqui said sixty percent of the coutnry’s population was under 30 years and over 50 percent of the total population were women who could bring revolution. In Bangladesh, he added, women did lead in every sector, especially in textile. Every constructor there was legally bound to dedicate 4th floor of a multi-story building for a garment factory with 100 percent women workers.

The second initiative taken in Bangladesh for women empowerment was providing “Qarz-e-Hasna” (interest free financing) to women. And, he said, these two initiatives brought socio-economic revolution in Bangladesh, he said.

He emphasized the need for bringing a change in the society and that women be given their due status, importance and independence in the nation building.

“It is a woman who shapes a society,” he remarked.

Dr. Siddiqui said the government had planned to provide one hundred thousand jobs in IT sector and of these 70 % would be to women.

Vice Chairman of PM’s Taskforce on Promotion of Knowledge-based Economy and renowned scientist Dr. Atta-ur-Rehman said today the world is a knowledge world. Those countries focusing on their human resources development were fast developing and had high economic growth.

He cited the example of Singapore who had around 330 billion dollars exports last year without having any natural resources. Whereas, he continued, Pakistan is rich in natural resources but could not cross the barrier of $25 billion exports for last couple of years.

The country needs large scale research in public and private sectors, bringing innovations and modernization especially in the potential sectors.

He said that for truly benefiting from “Baytee Programme” he suggested that it should be linked to the website developed by his institution (www.LEJ4learning.com.pk)  where high quality lectures on different subjects from the world-known institutes were available free of cost.  This would also address the issue of shortage or non-availability of quality teachers. There were also online programmes for learning different languages.

Highlighting the importance of human resources development, Dr. Atta-ur-Rehman said, we must invest in human resource development. Every year half a million fresh brains were being added to Chinese workforce.

“Our future is our children,” he concluded.

The Chief Executive Officer of Huawei (Pakistan) said the future world would be focused on connecting intelligence.

“Baytee Programm” would be very helpful in women empowerment. Through it many jobs and services would be provided as it had huge potential.

“It is a remarkable programme in line with  Huawei vision,” he remarked adding that Huawei’s Group Chairman was a woman.

Director IT from Federal Ministry of Information Technology and Communication, Muhammad Bilal Abbasi spoke on the salient features of the Baytee Programme. Through it the government would be providing different support and services to women at their doorstep, he said. 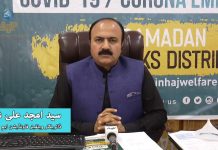 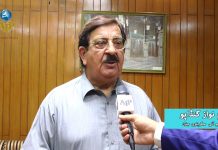 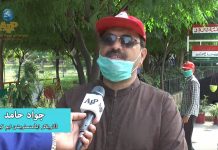