WELLINGTON, Mar 15(APP): To remember the Shuhada and victims of Christchurch a special ceremony was held at Napier city. The Multicultural Association and Pakistan community jointly organised the event.

Mayors of Napier and Hastings city were invited for the event. Police Minister Stuart Nash and MP Lawrence Yule also attended the ceremony.

High Commissioner of Pakistan His Excellency Dr Abdul Malik was specially invited for this occasion.

In his speech the High Commissioner acknowledged the reaction of the people and Government of New Zealand to Christchurch incident which fostered a sense of unity and togetherness among Muslims in New Zealand. He appreciated the help and support provided to the victim families and those who were injured.

Quoting Prime Minister Imran Khan, the High Commissioner said that she was an inspiration and that she has shown the way to other world leaders in the face of rising Islamophobia and extremism.

The High Commissioner said that Pakistan itself has been a victim of terrorism and lost more than 70,000 innocent lives. The tragedy of Christchurch reaffirmed Pakistan narrative that terrorism is an international phenomenon, knowing no religion and boundaries. It has to be combated with strong belief and conviction and with the values and ideals common to all humanity.

High Commissioner also mentioned on this occasion that a Pakistani peace walker has come here to do a peace walk of 350 km from Wellington to Christchurch to express solidarity with the Shuhada and their families.

He said that everyone in New Zealand has a responsibility and a role to play, how to change for better.

The High Commissioner advised the community members to keep providing their all possible support to New Zealand Government in its efforts for ensuring peace and security in New Zealand. 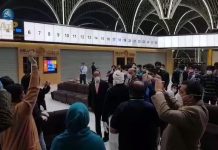 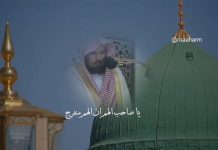 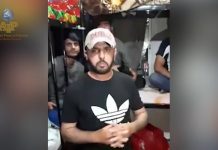