While addressing, the provincial minister said that the Day was celebrated to pay homage to those martyrs, who sacrificed their lives for independence, adding that the nation must value the sacrifices of the Pakistan Movement

He said that the PTI government under the leadership of prime Minister Imran Khan was working hard to put Pakistan on the highway to the economical and political stability. He added that the government was successfully implementing its agenda to make it a  Pakistan as envisaged by the Quaid-i-Azam Muhammad Ali Jinnah(Father of The Nation) and Allama Muhammad Iqbal as well.

The living nations do not forget their martyrs, he added.

Ch. Muhammad Ikhlaq said that early elimination of corruption and corrupt elements and hurdle-free continuity of the durable democracy and democratic system in the country was the need of the day.

Sialkot Deputy Commissioner Dr. Nasir Mehmood Bashir said that the independent Pakistan was a blessing of Allah and now it was the responsibility of the nation to make it strong and prosperous.

DC congratulated the people on this auspicious occasion. He said that the day reminds us all the sacrifices and endeavors of the Muslims of the subcontinent to achieve independence.

He urged people to celebrate the day by planting a sapling. 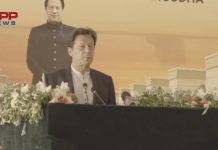 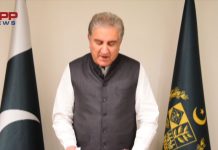 SDGs remain one of top national priorities of Pakistan: FM 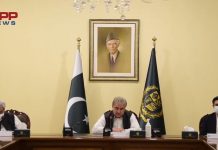