SLAMABAD8 April ,08(APP); The foreign service academies in Pakistan and Iraq on Thursday signed a memorandum of understanding (MoU) under which Iraqi diplomats would receive professional training in Pakistan.

The agreement was signed by the director-general Foreign Services Academy Imran Mirza and dean of the Iraqi Institute of Foreign Services, dr. Saleh Hussain Ali Al-Tamimi.

Foreign Minister Qureshi said in his remarks that it was gratifying that 63 Iraqi diplomats had been trained at the Foreign Services Academy so far.

He said the MoU for diplomatic training would help strengthen the link between the institutions of the two countries.

Meanwhile, dr. Saleh Hussain Ali Al-Tamimi, under secretary of political affairs, of the Ministry of Foreign Affairs with Qureshi, Minister of Foreign Affairs, meeting and discussing bilateral ties, multiple cooperation and other matters of mutual interest.

Qureshi expressed the hope that close co-operation between the two countries in regional and multilateral forums will continue to strengthen in the coming years.

He recalls the recent ministerial visits by both sides and stressed the importance of maintaining the positive momentum in high-level bilateral interactions.

During the meeting, the two parties agreed to promote high-level interactions, to work on the development of frameworks in different areas of cooperation and to hold the 9th session of the Joint Ministerial Commission as early as possible.

Qureshi said Pakistan fully supports Iraq’s sovereignty, political harmony and security.
The unanimity of opinions on international forums, including the United Nations between the two countries, was resting, he said.

The foreign minister also said that both countries could benefit from each other’s experiences in tackling the challenge of COVID-19.

On behalf of his government, the Iraqi secretary thanked the Government of Pakistan and the Minister of Foreign Affairs for sending three aircraft, lead of equipment to protect against COVID-19. He said the fraternal gesture was well received by the government and the people of Iraq. 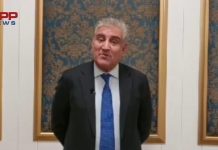 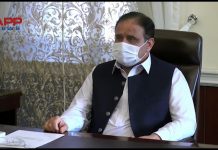 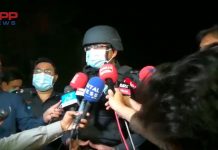