The meeting provided an opportunity to renew Pakistan’s commitment to work with the United Nations in the realms of international peace and security; climate change; and Sustainable Development Goals (SDGs).

The Foreign Minister also reaffirmed Pakistan’s abiding commitment to the principles and purposes of the UN Charter. Recalling the Government’s people-centered agenda, the Foreign Minister highlighted the need for support from the United Nations in implementing the Ehassas and Kamyab Jawan programmes.

The Secretary General applauded Pakistan’s generosity in hosting more than three million Afghan refugees over the course of last four decades, which deserve the support of the international community. The Foreign Minister underscored that the international community must develop a gradual, time-bound, well-resourced and mutually-agreed road map for the return of the Afghan refugees, which must be vital component of peace and reconciliation process in Afghanistan.

The Foreign Minister underscored the importance of UNMOGIP to monitor the situation along the Line of Control and impressed upon the Secretary General to strengthen it.

Highlighting Pakistan’s contributions, the Foreign Minister lauded the role of Pakistani valiant men and women peacekeepers, as one of the largest troops contributing countries to the UN Peacekeeping Missions around the world. He paid tribute to the sacrifices made by 157 peacekeepers in the line of duty.
Recognizing the threat posed by climate change, the Foreign Minister stressed the importance of collective action by the international community to counter this threat and underscored Pakistan’s readiness to work with him and support his efforts.
Source: VNS, Islamabad 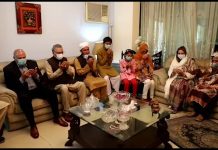 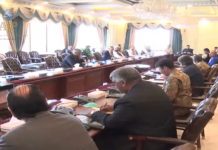 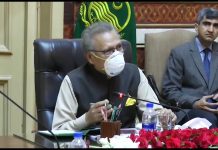